The Minutes of the Hamilton Financial Advisory Panel – June 2022 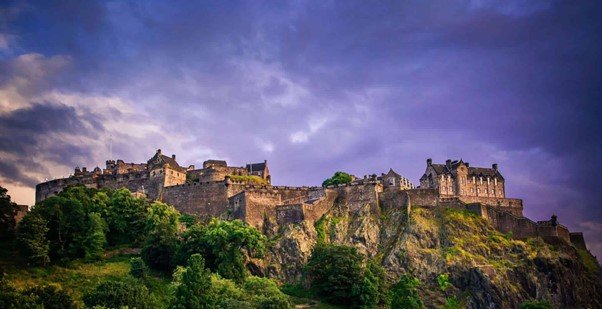 Abbreviated Minutes of Hamilton Financial Advisory Panel meeting 23rd June 2022. (Please note that nothing in these minutes should be construed as investment advice.)

Introduction – Andrew Hamilton. In the 10 years that we have been in business, I don’t think I can remember meeting at a more pivotal time. So much seems to have gone wrong in such a short space of time: whether it be the fallout from the COVID shutdown, inflation, global economic uncertainty, the cost-of-living crisis, the end of Boris, question-marks over the efficacy of democracy, Putin’s war and energy and food price increases. The list is pretty much endless, and you have to admire anyone who wants the vacancy in Number 10 at a time like this!

It was against this backdrop that the Hamilton Financial Advisory Panel met. Alex Hammond-Chambers had prepared a list of S&P American tech stocks that had crashed magnificently since December 31st, 2021. Alex had recently been to Baltimore to talk to 150 wealth Managers and divine for himself their thoughts as to what to do next. The majority of the equity fund managers said they would wait for them to recover. The bond fund managers were more inclined to make changes. Alex was keen to know from the Panel what their advice would have been.

Alex made the point that growth is all very well but while it might be the best long-term strategy, not all clients have such extended time scales!

Charlie (Heenan) agreed and believes that inflation will continue for a long time. He said, “Inflation is high and not as transient as the Central Banks had hoped.” He endorsed Alex’s observation that a lot of fund managers – in his recent experience – were “heavily tilted towards growth & momentum and were light of “value funds and commodities.” “If I had to buy two stocks in that area, it would be Newmont (gold mining company) and Shell!”

Dealing with energy first. Our society needs the energy that Shell produces now and for decades into the future. It will take that long to roll out renewables on a global scale, to switch our transmission lines, to build the power storage units, enough wind turbines and solar power cells.  All of those will take time and energy, and where is the energy going to come from in the short term?  Society has no choice but to use the energy that Shell and others provide.  Already we have underinvested in these energy sources that provide the majority of our power across the globe.  There’s only so far that we can go before we start running into problems, and maybe we’re already seeing some of those problems.  Shell offers an investor a little bit of respite if the energy markets are as tight as we think they might be.

And on gold, our major concern is that governments are trying to solve all the many problems on their own: inflation, unemployment, leveling up, the cost-of-living crisis, the NHS, infrastructure, the rail and aviation industry, the housing shortage, the price of electricity and any number of other issues.  Over history, when governments have tried to solve all the problems, the situation has ended up much worse.  Governments can’t be all things to all people, and when they try, when they overstretch, that’s when we really run into challenges.  Gold offers an offset to that, as the only financial asset that isn’t someone else’s liability, and the one over millennia that governments have always gone to when they need to restore their credibility.  It’s an industry that only a few years ago was in a terrible bear market (2011 to 2018), and because of this, it contains little to no arrogance.  The major players are lean, they have little or no debt, they are being careful, they are paying quite impressive dividends, they are generating good returns.  There you go, opportunities in what seems like difficult times.

Alex then asked Steve Plag for his perspective on inflation and was surprised by the reply:

Steve: “I think inflation is going to be very short”. Steve’s justification for this assertion is to be found in the main minutes.  Inflation began as we came out of Covid.  Broken supply chains caused shortages of materials, causing in turn prices to rise: he sums it up as a supply shock.  The Ukraine war has fueled the inflation figures thanks to shortages of gas and wheat. Looking past this, commercial banks have reduced lending; and consumer discretionary spending in America has collapsed. Consumers are concentrating on “getting food on the table and paying their energy bills”. The price of timber has collapsed and inventory levels are going up. So what are we going to see is a demand shock which is deflationary not inflationary.

Alex wondered how HF should deal with the spectre of deflation?

Steve: Assets prices that having benefited hugely from QE will fall. I would be very defensive – cash and US Treasuries. Regarding gold, I would not invest here. Gold prices only prosper as credit expands and inflation takes hold.  Gold prices are not increasing because banks are not creating more loans i.e., private debt is not increasing, so avoid buying gold. Although no one is talking about it, Steve reckons the commercial banks are riddled with bad debts (“Delay, extend and pretend” and “delay and pray”)

Avoid investing in commercial banks. “I would favour oil and oil exploration stocks.” My feeling is that “the whole net zero thing” is going to collapse. So be cynical about the current fashion for those fund managers wanting to boast about their ESG credentials. 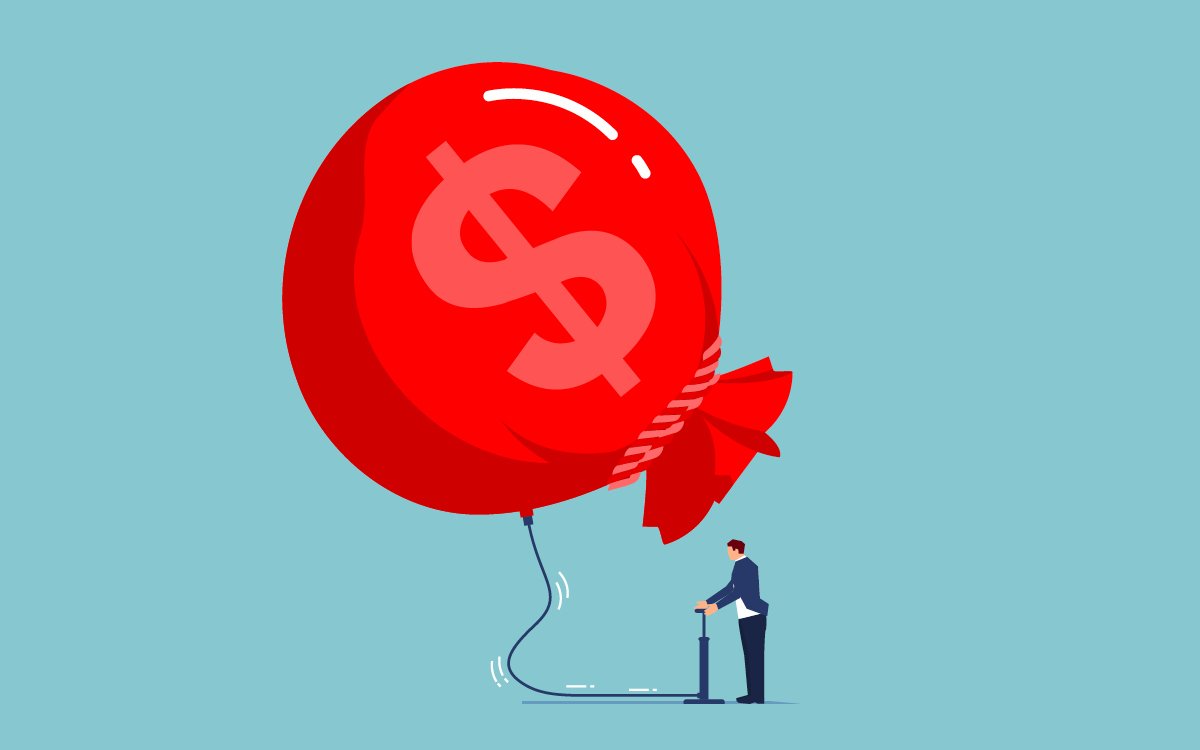 Max Ward was interested by Steve’s inflation/deflation thesis but not convinced that you can beat inflation without putting up interest rates. He also thinks that low paid workers will rebel and force higher prices to be paid for labour.

As for investing in current markets, his advice was to concentrate on owning good stocks rather than worrying about what is going to happen to the economy (so difficult to forecast). Agreed that when – as Baillie Gifford followers have – your investors desert you, it can be a very lonely place. Max was not comfortable about distinctions between growth and value investments. Neither was Alex, because regardless of whether you are a value or growth investor if you invest in an equity, “you do so because you think it is going to grow”.

Max’s greatest worry was the political one. “I think the issue that worries me most is the political one. Confidence in our leaders is justifiably as low as it has been in living memory so I think there is going to be some sort of fundamental political revolution and you could get a particularly unpleasant form of populist governments coming into play in quite a number of different Western democracies.”

And finally, to China.

Giles Chance is an expert on the Middle Kingdom. His sources say that Xi Jinping’s presidency will be curtailed at the end of his 10 year stint in November. This is because he has failed to prioritise China’s economic well-being. If this is the case, there is a reduced chance of China invading Taiwan. This is important because if China does invade Taiwan, there is a good chance of increased semiconductor supply problems and ensuing inflation. Giles, on the subject of inflation generally, believes that global inflation is here to stay for the next ten years, and that it is well and truly embedded. He remembered that Steve was predicting deflation 12 months ago, and why it had not happened?

(1) Western Governments had decided to ignore the Omicron virus variant and allow a return to pre-covid normality – thereby allowing the consumer to “let rip” leading in turn to the inflationary supply shock.

(2) The  Ukraine war had resulted in shortages of energy & food.

In summary, deflation will become the much bigger worry

Giles’advice to HF is to own real assets i.e.. equities and property as a hedge against inflation and with the prospect of growing dividends/returns. 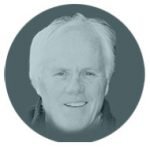 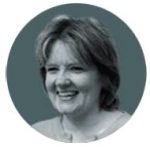 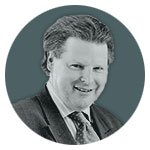 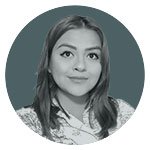 The Hamilton Financial Advisory Board 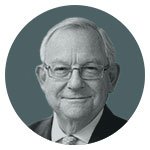 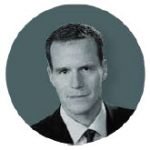 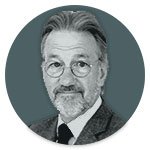 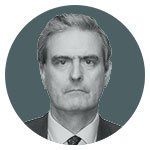 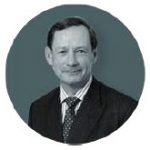 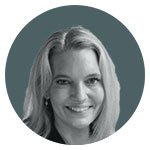 We are proud of our 5 year performance. If you would like to see how we’ve done, go to the PERFORMANCE page of the HF website.

The information contained in this document is for guidance only and does not constitute advice which should be sought before taking any action or inaction. The value of investments can fall as well as rise. You may not get back what you invest.