News from the Mews 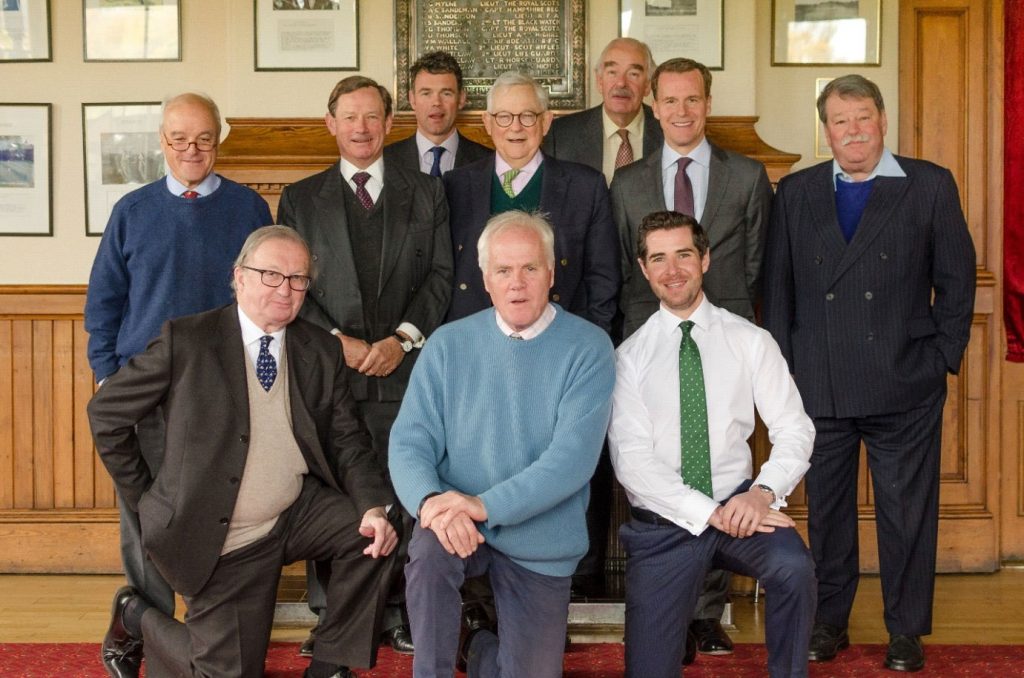 When I started Hamilton Financial, our friend Alex Hammond-Chambers suggested I would benefit from the help of a group of experienced advisers. This has evolved into our “Advisory Board” which Alex has kindly chaired since its inception. Over time we have invited other interested parties to widen our sources of information and broaden our views of the investment world.

We met on Monday, 13th November in the congenial atmosphere of the Grange Cricket Club and the gathering included:-

We have always been keen for the meetings to be enjoyable (why else would people continue to be willing to attend?!). But we have also been anxious to avoid the stigma of just being labelled as a “talking shop” rather than having a genuine purpose.

“This most recent session definitely had a purpose, so much so that the following comments start, rather unusually, with the conclusions.”

In 2017 investment returns have been surprisingly good and most clients will be feeling more comfortable than they might have expected.  That does not mean they will be feeling complacent and the consensus of the meeting was that they were right not to.

Traditional “safe havens” such as Fixed Interest securities are no longer safe and are positively vulnerable. Suffice it to say that HF’s earlier defensive strategies, emphasising income, have worked out rather better than we had expected because they have also generated capital growth.  We should now reduce clients’ exposure to income-focused funds. The logic here is that investments which have exceeded expectations will not necessarily do so in future; why push your luck?  The meeting was similarly concerned that some Equity “Income” funds had become detached from reality and felt that we should encourage clients to avoid such funds.

Such an approach means that we must recalibrate how we look at investments.  If we have been lucky enough to enjoy capital growth on top of superior income, we should protect some of those unexpected profits and, effectively, be prepared to treat those “capital” gains as a temporary boost to cash-flows enabling us to avoid chasing income.  Every instinct -especially if you were brought up not to spend capital – militates against such a strategy but we must be prepared to be flexible.

The Advisory Board agreed that clients could switch free cash into International Equities, where they believed that there were genuine opportunities, provided one was prepared to accept a higher degree of volatility.

This does not mean we will be recommending a sudden switch away from defensive stocks such as Property & Infrastructure Trusts but we will heed the Board’s general advice.

The views of the Board are that we should switch out of funds promising to deliver above average income. (Time to “gang canny”). We shall therefore continue to look carefully at our “incomey” funds and gradually start “thinning” clients’ holdings in such funds. (In fact, we have already started this process by selling one of our old favourites, Royal London Sterling Extra Yield). The proceeds will be invested into equities when we have confidence in their ability to grow income – albeit starting at a lower level.

Macro-Economic views have been dominated recently by interest rates, following the first increase in UK base rate for a decade, (to an admittedly miserly 0.5%).

AH-C  “How steeply might they rise?  Don’t be complacent as larger increases must be in prospect.”

AT       “I have probably spent too much of my career worrying about various macro issues and, specifically, what markets were likely to do.  I suggest that if you buy the right companies, markets will forgive you for over-paying in the short-term.”

CH      “We live in extraordinary times and having a spread of fundamentally differentiated risks is the only rational approach at present.”

We agree. Hamilton Financial clients’ portfolios are widely diversified and committed to quality managers within their specialised fields.

All of a sudden politics is worrying.  International disruptions, Brexit and the Corbyn factor cannot be ignored, although investors are currently calm.

AT       “Driven by understandable envy, populism is on the rise and this will eventually hurt investors more than any of us currently appreciate.”

The meeting acknowledged that the Advisory Board’s experience is largely in Equities and not in Fixed Interest;

KF      “I started my financial career in the Gilt Department at Laing & Cruickshank and haven’t owned a Gilt since!”

But members all agreed that if you hold Fixed Interest funds, you run the real risk of serious downside from here.

AH-C  “Any return to interest rates of between 3-5% may well involve a permanent loss of capital for long-dated fixed interest securities.”

So we had to consider alternatives;

AT       “Could you not buy sovereign bond funds to guarantee capital security?”

PR       “We have been put off by the very low returns available. To such an extent that we believe that clients, after allowing for inflation, would be locking into a guaranteed loss of capital in real terms.  There is also a currency risk for most of our sterling-based clients.”

This then led to a debate as to how best one might protect clients and there was some agreement on how this might be achieved;

CH      “Your clients have had some extraordinary (unrealised) capital gains from Fixed Interest investments in the past few years.  They should realise these now, bank some past performance and sacrifice a bit of income.”

MW    “There is no safe place to go for income without capital risk.  For those who want a regular income, but are worried about fluctuations in capital values, the only sensible option is to realise capital.”

PS       “Historically we would have used conventional and corporate Fixed Interest securities but this is no longer viable with compressed yields and rising inflation.”

Historically Hamilton Financial has been underweight in UK equity funds but there are still opportunities;

MW    “We are still finding opportunities and there is no shortage of interesting new issues.”

AO      “We are concerned that many of the UK Equity Income funds are “fishing in the same pond” so that owning two or three of these does not necessarily diversify the underlying portfolio.”

Hamilton Financial’s traditional emphasis on Smaller Companies remains appropriate and we have been encouraged by a recent presentation from Gervais Williams of Miton, arguing that smaller companies are under-researched and have proved vulnerable to takeovers at too low a level. This suggests smaller UK companies are still undervalued.

Hamilton Financial has historically been overweight in international stocks so we were encouraged by the following comments;

MW    “For those looking for safe income, without worrying about short-term price fluctuations, equities – both UK and international – are the place to go.”

KF      “I am particularly attracted to Japan.”

AH-C  “I am biased for all sorts of historical reasons but it feels as though Latin America is finally waking up and an attractive part of the emerging markets story.  Meanwhile do not forget that markets can flat-line for very long periods.”

These sort of stocks have become remarkably fashionable but there was wide agreement round the table that their performances had been disappointing and their structures were hard to comprehend.

Clients do not need additional layers of complication!

This has been a great haven for clients but, again, the sector is no longer cheap.  So opinions varied;

PS       “Brexit and rising vacancy rates in prime areas (London and West End) are causing some concern but the quality managers continue to offer reliable income as part of the total return generated.”

AH      “The two fund managers we support (Picton and Standard Life) have only a relatively small proportion of their property portfolios invested in “High Street and Retail”. With occupancy levels in excess of 95%, we will continue to hold these property trusts as a source of reliable income.”

Hamilton Financial clients are generally exposed to smaller properties and thus avoid the premium locations that were attracting international interest.

Infrastructure funds, benefitting from superior Government-backed income, have performed well in recent years but the sheer volume of capital they raised in 2017 has inevitably held them back and optimism has not been improved by suggestions that an incoming Labour Government might buy the underlying assets at a reduced price.

PR       “We believe these concerns are overdone and that the extra income available from such trusts compensates for any such risk.”

This was the centre of discussion because we really wanted to hear how our experienced visitors felt;

AH-C  “With rising interest rates and higher inflation, bonds are positively dangerous.  This is particularly so because yields are already generating income below the levels of inflation.”

PS       “We are concerned that US companies have, rather than investing in new projects, been increasing their borrowing to buy back their own shares.  This weakens their Balance Sheets and could create problems when they need to refinance their bonds – because they will have to do so at higher rates.”

AT       “Only when interest rates have reached double digits and provide real returns will Fixed Interest markets merit a further look.”

I was talking recently to a fellow private-client fund manager of many years’ experience.  “Are you worried at the moment for your investment clients?”, I asked.  Reply, “Do you know, looking back, I can’t think of a single period when I wasn’t worried!”   Putting this into perspective – and perspective is really important when it comes to investing – see Alex Hammond Chambers earlier comment – in the 110 rolling five year periods between 1900 and 2013 – in 81 cases, equities have performed better than Gilts.  Similar results are obtained from periods 2, 3, 4, 10 and 18 years.  The moral is that if you want genuine long-term investment performance and you are prepared to ride out the bad times, stick with equities.